What does it mean to be a design icon? Just like an artist might create a work of art in response to the times in which they live, so too do great designers emerge to create solutions for day-to-day life; with designs that speak to their generation’s needs…whether it be through architecture, interior design, or all the way down to product design. One such designer of the 20th century reached this paragon with an illustrious career that did just that: Italian industrial designer, Achille Castiglioni.

Born in Milan in 1918, Castiglioni was a student of design and architecture his entire life. Once he finished his architectural studies in Milan, he went on to join his brothers, Livio and Pier Giacomo, to work with them at their family’s design firm in 1944. It was his brother, Pier Giacomo, with whom he designed many of his most famous lighting products, including the celebrated Arco Floor Lamp, the Snoopy Table Lamp, and the Taccia Table Lamp—all produced by the Italian lighting brand, FLOS.

It was with FLOS that many of these iconic pieces were and are still produced today. In fact, one could say that Castiglioni made the lighting brand the design powerhouse it is today.

So, let’s take a deeper look into the genius of Castiglioni and his enduring legacy on the design world. 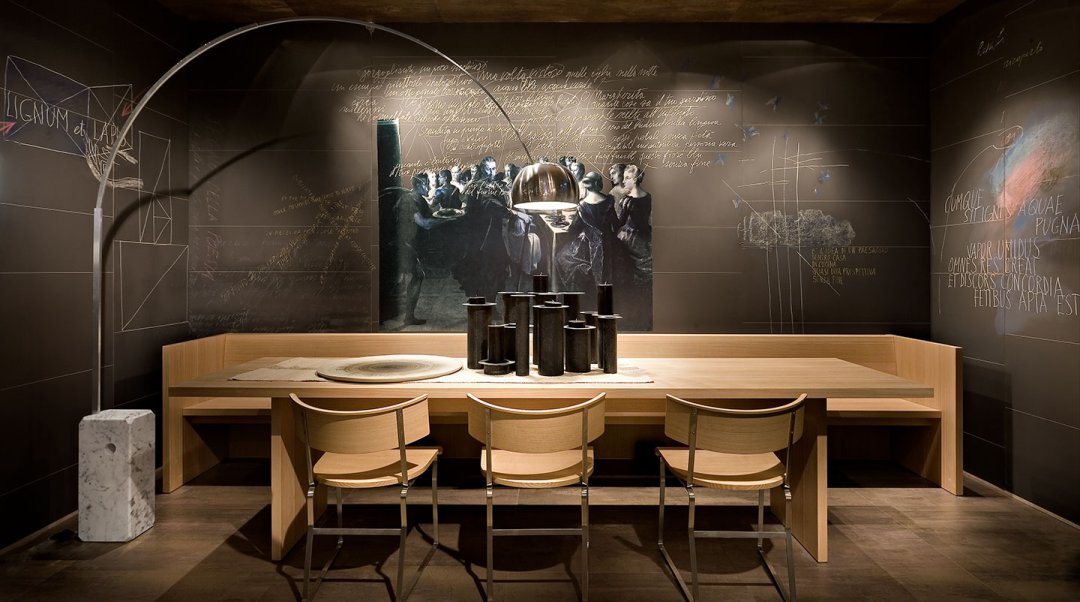 Castiglioni’s approach to design has been described as innovative, imaginative, and always with a dash of humor—perhaps best described in his own words: “Start from scratch, stick to common sense, and know your goals and means.”

Such a philosophy no doubt developed during the years he designed in post-World War II Milan. As one might suspect, being a designer in post-war Italy offered up certain challenges.

“[During that time] it was not so easy to find a company who believed in all projects. They were concentrating on the reconstruction of buildings that were destroyed during the war,” says Castiglioni’s daughter, Giovanna, current vice president of the Fondazione Achille Castiglioni. That being said, such an environment actually encouraged creativity and a focus on industrial design. “He had occasion to build new things in architecture, and designed many exhibitions for many brands.”

All-in-all, such an atmosphere offered a prime opportunity for Castiglioni to experiment. He embraced the industrial design mindset, to the point of helping to found ADI (Associazione per il Disegno Industriale, or Association for Industrial Design) in 1956.

It was nearly 1960 when Achille and Pier Giacamo started together with Flos. After Sergio Gandini arrived in 1962, they started to experiment with the material for their cocoon lamps in Merano, in the north of Italy. The Gatto (1962), Viscontea and Taraxacum were the first results of the experimentation with that new material [cocoon resin] from America. 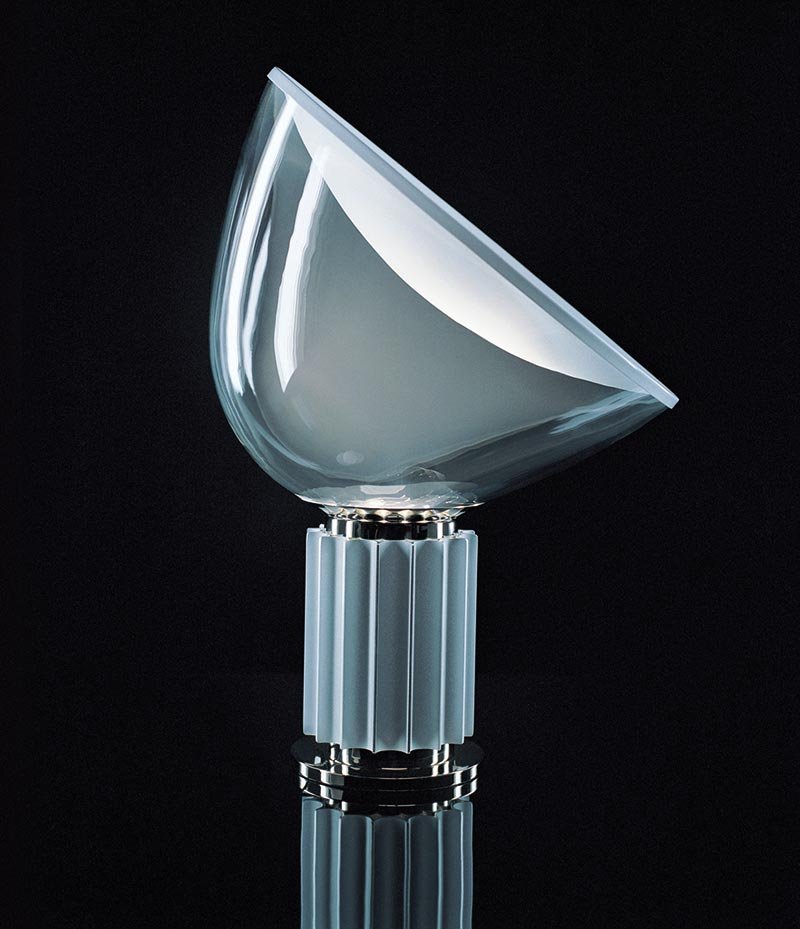 In addition to his prolific design work, Castiglioni was also a professor of industrial design. As one might expect, while teaching he had a passionate, infectious and lively presence, and encouraged all his students to always be curious. Or, in his own words, “If you are not curious, forget it.” So, how did this impact new generations of designers?

It inspired (and still inspires) young designers to look around, and to think of objects in new ways. Consequently, it also encourages innovation and experimentation to make things better. Much like Castiglioni did with regularity throughout his career.

Celebrations and special product releases abounded in honor of Castiglioni’s 100th birthday in 2018, including a 50th anniversary edition of the Snoopy Table Lamp. (Read more on the iconic design in Snoop Table Lamp: An Old Dog Learns Some New Tricks.) 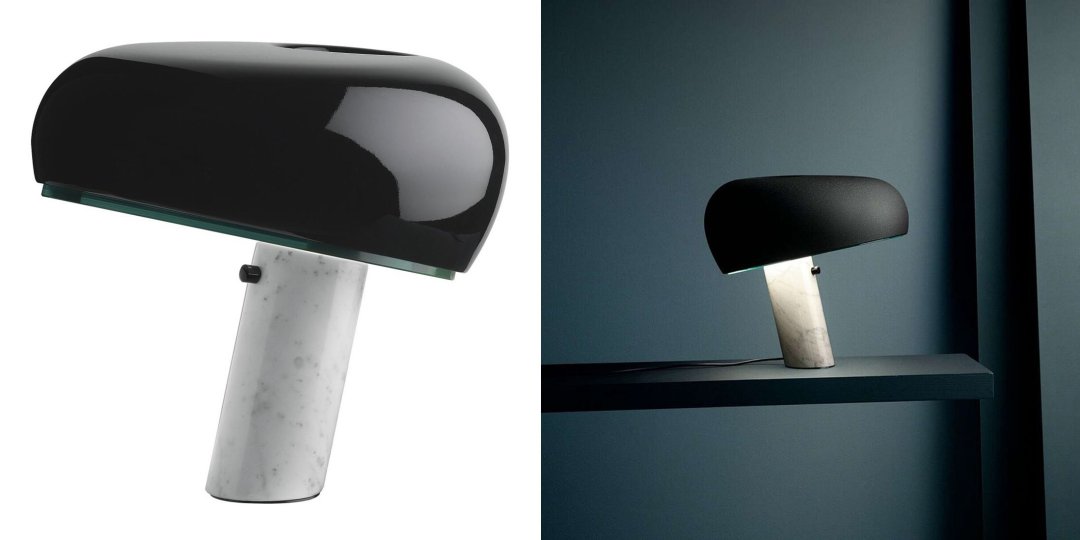 Flos paid tribute to Castiglioni with a special display at 2018’s Salone del Mobile. The illuminated, cartoon strip-like display managed to capture Castiglioni’s sense of humor and playfulness, while also showing off the variety and creativity of his work.

And at Fondazione Achille Castiglioni, Giovanna and her brother, Carlo, asked 100 international designers to send a birthday gift. Again in tribute to their father’s sense of humor, all of the presents were required to be anonymous, cheap and compact. All of the gifts received were put on display for the “100×100 Achille” exhibition.


The result tells the stories of current designers as much as it celebrates Castiglioni’s life. No doubt, he would have approved the whimsical effort and appreciated how much he is still respected and appreciated by so many of his peers.