Steampunk: a literary genre, a fashion movement, and a modern design trend 150 years in the making.

Where It Came From

Steampunk started as a genre of science fiction writing, and the term was coined by the science fiction author K.W. Jeter in the late ’80s as a response to a new fiction offshoot of the cyberpunk movement. It takes its aesthetic from 19th century industrial steam-powered machinery and an imagined retro-futuristic perspective of Victorian fashion, culture and fictional machinery.

Enthusiasts have been inspired by the novels of Jules Verne and H.G. Wells, and movies such as 20,000 Leagues Under The Sea, Brazil and Baron Von Munchhausen.

Where You’ll See It

From it’s underground DIY roots, steampunk made more inroads into the public sector with designs like the Arts et Métiers, Paris Metro Station in copper-covered, steampunk style (1994), complete with oversized “gears.” In 2009, the Museum of the History of Science in Oxford put on a steampunk exhibit curated by New York artist, Art Donovan.

Burning Man has also helped to popularize the steampunk look with its inventive costumes and crazy rolling art contraptions and objects. In particular, The Steampunk Tree House–now permanently installed at the Dogfish Head Brewery in Milton, Delaware–debuted at Burning Man.

The steampunk look harkens back to the sensibilities of the older yet still modern era, where form and function seem to look forward to a better future without the knowledge of industrial decline. A more analog world where you twist the dials and throw the levers, and they look cool, too. Artisans have modified modern utilitarian items such as wristwatches, spectacles, guitars and computers with vintage brass, copper and raw steel gears, pipes, levers, switches and dials to emulate the steampunk look.

Even high fashion houses like Prada, Versace, Chanel and Christian Dior have been inspired by steampunk and have injected its style onto their runways. On episode 7 of “Project Runway: Under the Gunn,” contestants had to come up with avant-garde steampunk chic looks.

How it Fits Into Modern Design Today, Loft Living/Urban Chic styles and the Rough Luxe design aesthetic have become more popular than ever. And they have combined with the idea of Americana Heritage–where things have purpose, durability and the warmth of patina; it’s a mindset that infuses such looks with a sense of practicality and a historical sense of time and place. These styles offer a re-imagined past of a romantic industrial decorative environment…in other words, ideal for steampunk design elements.

You see this in particular in task lighting and pendant lights. After all, lighting is one of the most utilitarian objects that we all still use and need. Current interpretations are adopted from old industrial designs from factories and workshops of old. These designs work well in large open plan spaces as well as smaller studio applications–though, without the grease, dirt and grime, and with much more refined finishes.

Also, the whole trend of using old fashioned incandescent Edison bulbs works particularly well in these types of fixtures. With their varied shapes and sizes, such bulbs can transform a fixture into a sculptural, glowing statement piece and fits the aesthetic perfectly. Using Edison bulbs started in industrial type lounges and bars and restaurants in the hipster parts of major cities–from Brooklyn to Portland–and now is fully integrated into today’s interior design directive. Not to mention, everyone looks just a little bit better under that warm glow. 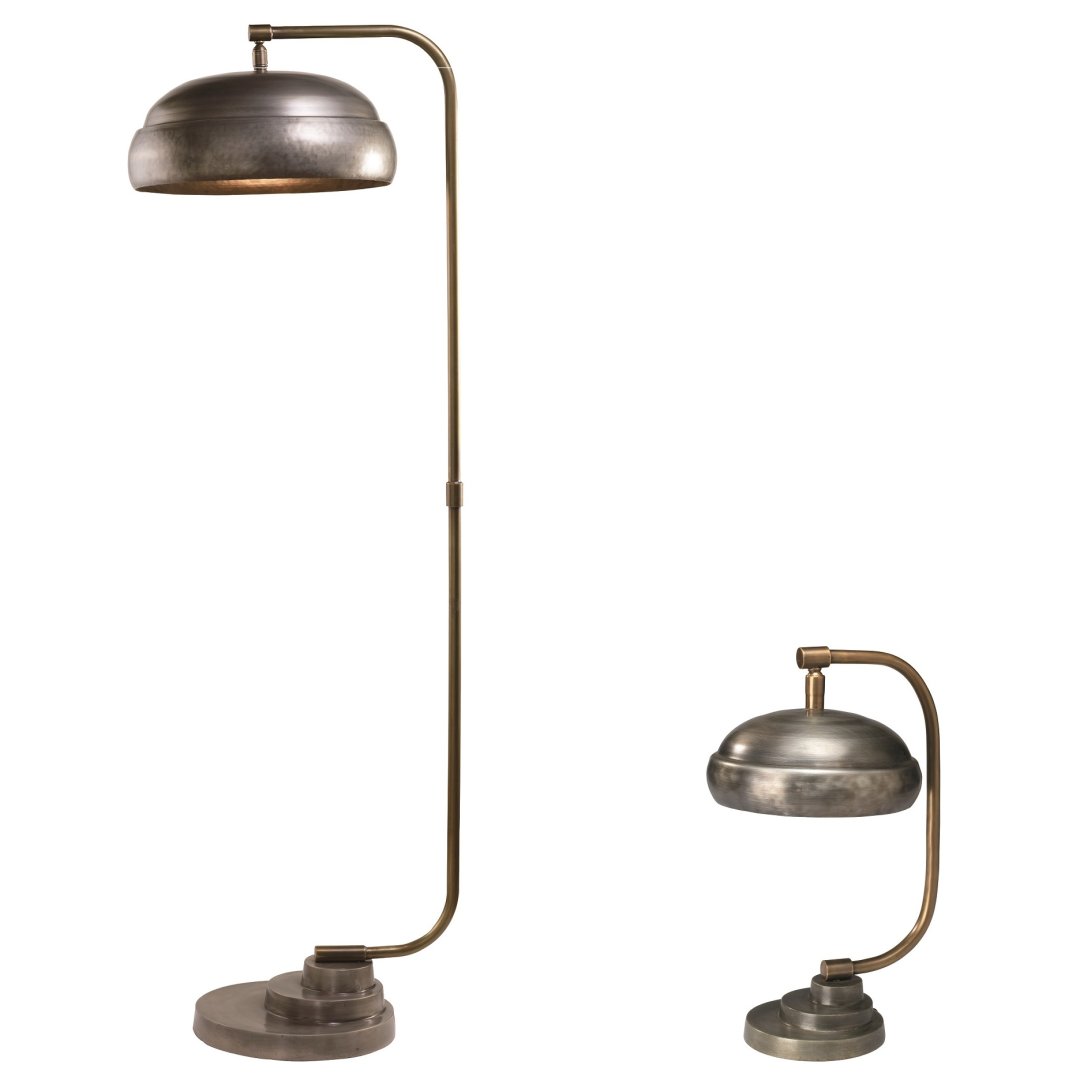 While certainly well-suited to styles that harken to the past, with today’s tendency toward eclectic layering of genres, eras and types of décor, the steampunk look can usually blend in effortlessly and add its own retro-vintage statement anywhere.

David Jeter is the co-founder of the Jamie Young Company with his wife, Jamie Young. He is the head of design with a background in Fine Arts. He oversees all design directives and categories. Every day is a new challenge and an opportunity to create something new and different and explore fresh ideas.

Ideas for Decorating a Black and White Modern Nursery