It’s a beautiful world under the Lauder umbrella. Aerin Lauder (granddaughter of the first lady of skin care, Estée Lauder) has brought her classic-yet-modern style to the world through her eponymic brand since 2012. Her luxury lifestyle empire spans the Estée Lauder companies (where she is creative director), as well as cosmetics, fragrances, home decor, and furniture for her own AERIN brand. And AERIN has expanded into lighting as well, with a line for Visual Comfort.

The New York native got her feet wet in the family beauty biz at an early age, observing and admiring her glamorous grandmother’s techniques as she applied her makeup. Little Aerin was born into the upper echelon of New York society thanks to her grandmother’s tenacious pursuit of excellence in her own life. 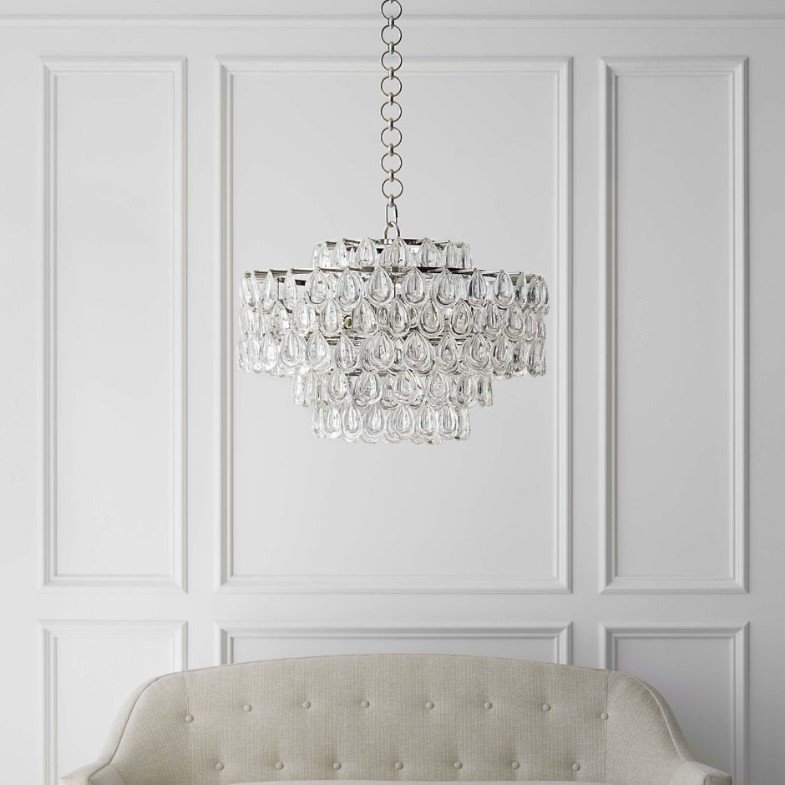 Estée Lauder was the daughter of Hungarian Jewish immigrants, living above and working in the family’s hardware store alongside her eight siblings. It was here that she learned about how to run a business. She started out selling her uncle’s skin creams, and by 1948, she had a spot at the Saks Fifth Avenue counter. The rest is history.

Born into an already successful business empire, Aerin did not have to scrimp and save to get her start like her legendary grandmother. Nevertheless, she also found herself primed to learn from her family, and to pave her own way in a very different landscape. 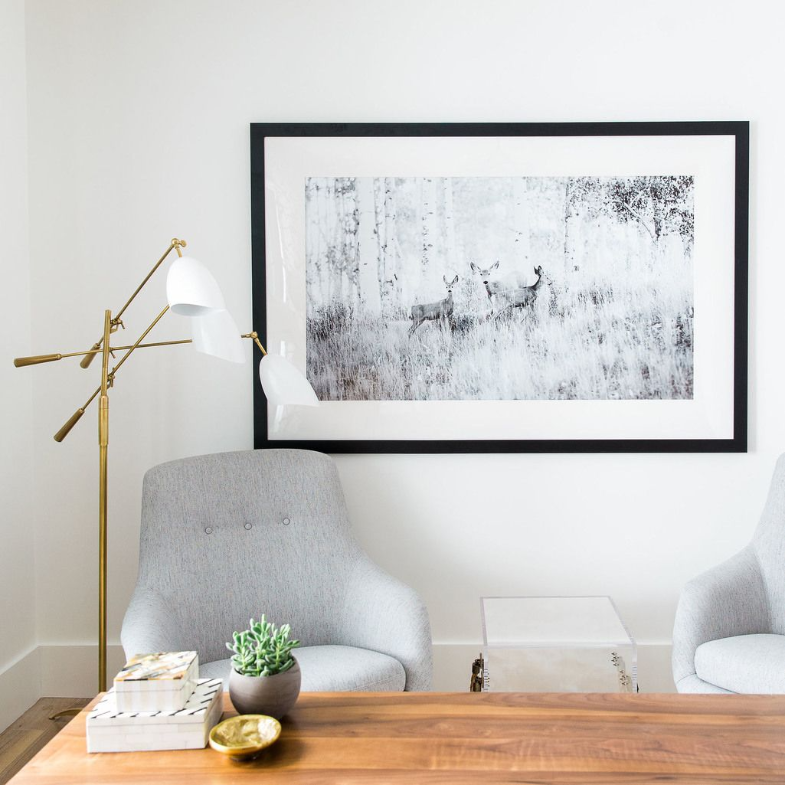 Determined to achieve more than her status as heiress to the Estée Lauder company and fortune, Aerin studied communications and earned her place in the marketing department of her grandmother’s company. She swiftly rose to the top with a combination of drive and innovation that helped the brand to flourish again after an aging client base and economic hardships post-9/11 had stalled Estée Lauder’s growth. 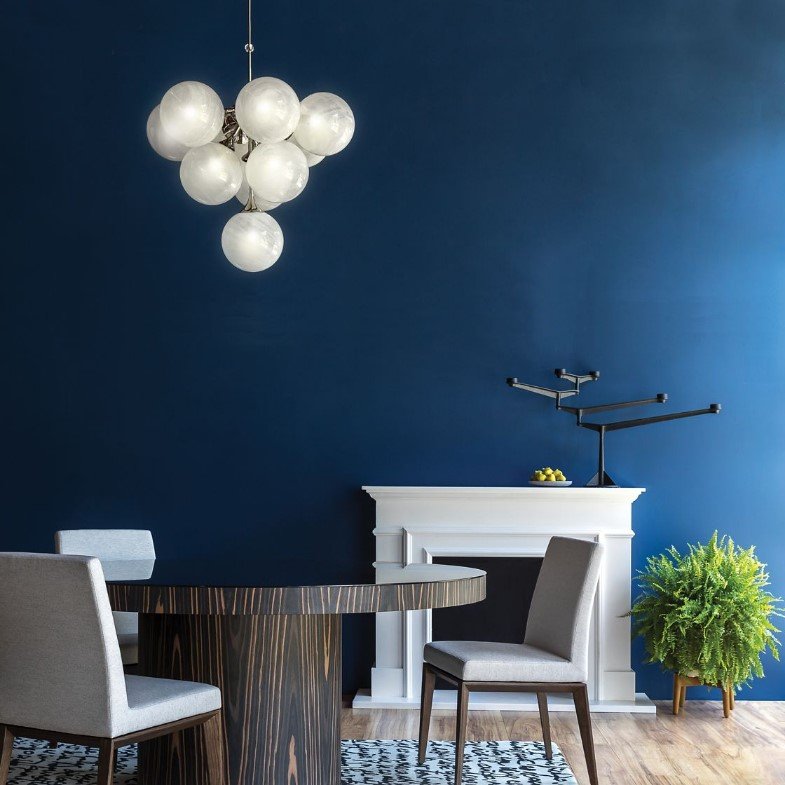 Today, as Estée Lauder’s Creative Consultant, Aerin is still a major influence on the brand. But her own AERIN label is poised to make its mark in its own right. The polished, feminine, classy aesthetic is a natural extension of Aerin’s own signature style. She is considered a formidable businesswoman and visionary creative in her field. She manages to project ease and grace in both her personal dealings and her label’s many product offerings. 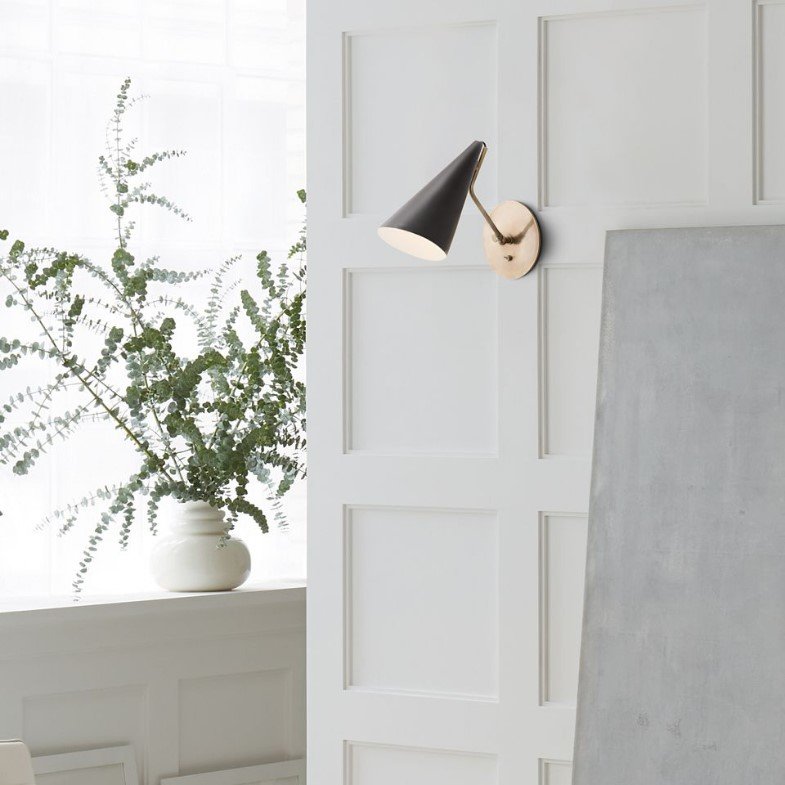 So, with everything else keeping her busy, why did she get into lighting design? In an interview for Traditional Home, she says, “I’m obsessed with lighting. My attic in the country is full of lamps I’ve collected, which makes my husband crazy!”

Aerin’s line for Visual Comfort aligns with the sophisticated-yet-approachable vibe she has worked tirelessly to cultivate over her career. Understated but striking silhouettes recall mid-century European design. They are full of glamour and grace, but are updated with a modern point of view. This classic-modern combination suits the line to a wide range of interior design schemes while remaining decidedly fashion forward. We’d expect nothing less from Aerin…or AERIN.

To see more of the pieces that comprise the modern, glamorous AERIN lighting look, go here.