It take a lot of hard work and dedication to become the designer on everyone’s lips. From hotels to bridal registries Kelly Wearstler’s casual glamour plays perfectly to today’s zeitgeist.

Wearstler made a name for herself in mid-90s LA. She rose to prominence through a series of dramatic hotel interiors including the Avalon and Masion 40, both in Beverly Hills. This success pushed her and the boutique hotel industry forward, demanding a high standard of uniqueness and luxury. Her portfolio now boasts everything from those coveted interiors to food packaging to high-end dog houses and luxury lighting designs, most notably with Visual Comfort, a favorite in the design industry.

Wearstler’s style sense is heavily influenced by her mother’s passion for and career in the antique trade. Her sharp eye was honed early as she started collecting vintage clothing in her early teens.

That influence of the past can be easily felt in Wearstler’s designs and spaces. She has a way of reflecting on the past without it coming off staged or stuffy.

Wearstler’s commercial spaces especially capture a long-gone style without the pains of period costume. There is a deep luxury to her style, but not in a way that would make you feel uncomfortable. It carries an easy sense of glamour. She is also not limited to a singular era, capable of bouncing through styles, shapes, and trends like a time traveler.

This effortless luxury tantalized the Californian audiences she was designing for. You can see the mix of casual and polish in some of her most recognizable designs for Visual Comfort. The Cleo collection brings together a minimalist shade with natural accents and warm antique brass finishes. 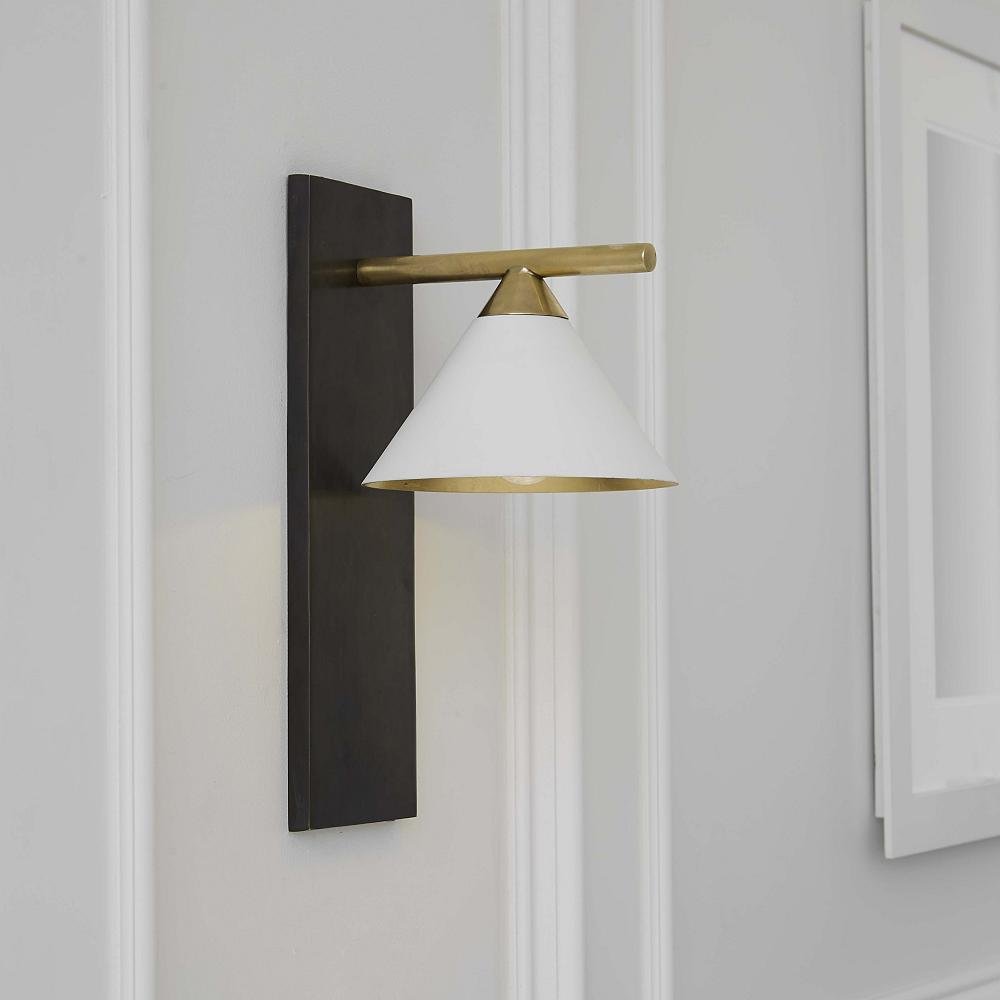 Wearstler is great at this–tying together materiality and texture to present a deep affinity for what things are made of and how those materials affect perception. These are designs that have a seductive draw that makes you want to reach out and touch them, interact with them, to experience them with more than just your eyes.

She approaches each project with a sensitivity to the nature of the space but with no constraints of period. You see the is the renovation of the Georgian style Hillcrest House in Beverly Hills.

The nouveau classical architecture is taken, warped and reflected back almost like a fun-house mirror. Pattern, color, texture, era, and styles all collide to create a glamorous cacophony. Hints of of the classism lie in the almost absurdly oversized and gilded bust placed on the coffee table and the giant urns used as vases on the mantle.

Wearstler is not content with just creating spaces; she has taken a lead on creating items as well. Along with the highly lauded lighting collection for Visual Comfort, she has delved into other home accents as well, including a range of sumptuous wallpapers.

This is another category where her mastery of texture shines through. The rich prints include wavering grids and organic lines that have the hand of the artist apparent. There is a sort of organic softness behind them, as if someone had happened to pick up a paintbrush as they had walked past. A quick yet decisive brushstroke, golden freckles or layered squiggles. There is a sense that these patterns are taking themselves just the right amount of serious.

Wearstler understands the appeal of imperfection. Automation is for the masses; hand craft is the last bastion of luxury. The organic, the textural, the real is what we really crave. Anyone can plate a room in gold, but it takes someone with resources and taste to bring in true design.

Cody Torgersrud is part of the sales team for YDesign Group, which works directly with customers who call and email in. When not remodeling his 1950s bungalow, Cody enjoys refinishing vintage and antique furniture, as well as binging on British TV.