Considering the scale of many new homes and the breaking down of walls in open concept remodels, large-scale fans are hardly reserved for warehouses and industrial spaces. These XL ceiling fans—those with a blade span of more than 52 inches—are becoming more and more the norm for spaces that need a boost in airflow.

Going big in the fan department isn’t simply a trend. One of the most critical factors in choosing a ceiling fan is ensuring the right size, and great rooms, double-height ceilings and open-concept living spaces call for these larger air movers to make the space more comfortable. It’s functional, of course—but also a design choice to choose the right one that can make or break the way a space looks.

Here are a few reasons you might want to scale up for ceiling fan size:

This is obvious, right? But if your space is large, getting a ceiling fan that is equally large is an important component to having the fan circulate air in the entire room, not just adding a breeze directly below it. One really big fan can even replace the commonly seen two fans in one room, keeping the ceiling line minimal and uncluttered. You can’t go wrong with a fan from the aptly named Big Ass Fans. Their fans have been designed at a large scale with high design in mind. But, before you chose a fan, you’ll want to know the dimensions of your room, including ceiling height. 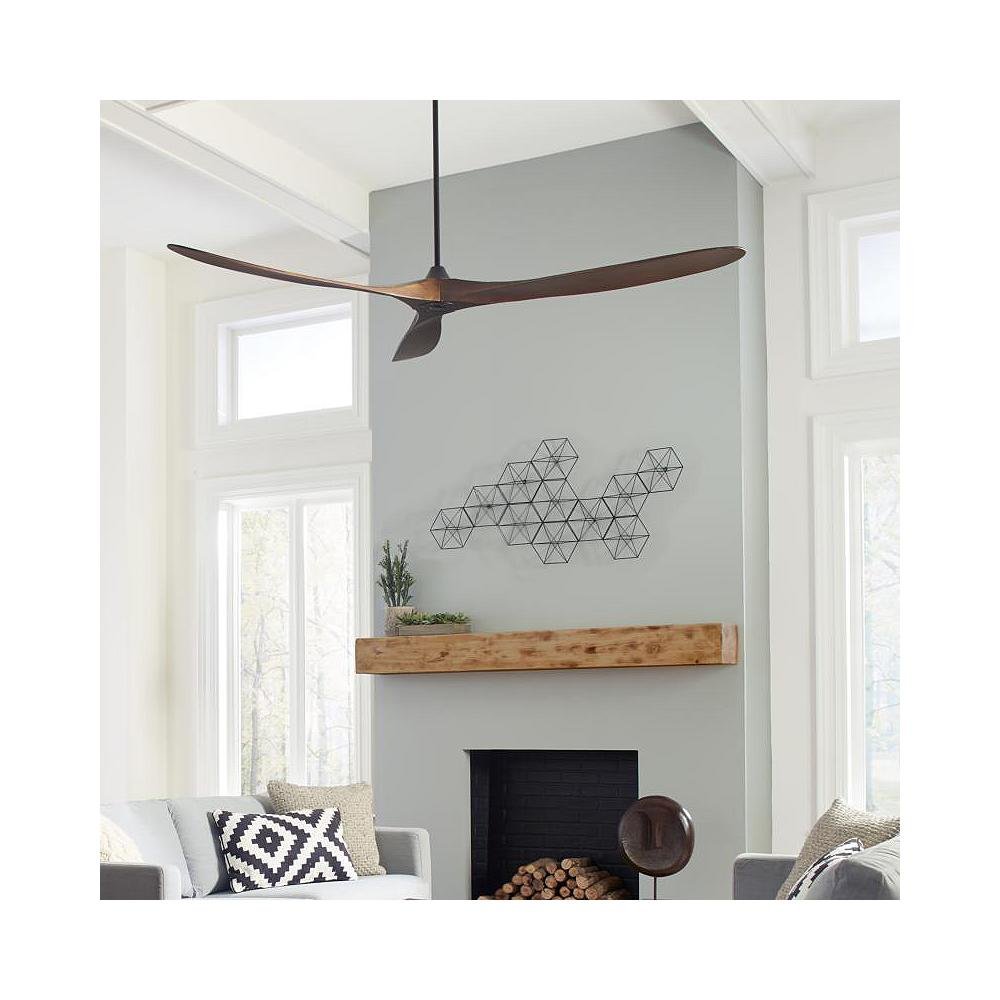 The way a fan looks in the room is also an important component, and a large space calls for a larger visual footprint for a light or a fan. A double-height, grand room is going to make a standard 52-inch fan look comically small. The color and finish of the fan will also play a big part in this. A white fan with a white ceiling is de-emphasized, which is a great trick for low ceilings—but a large-in-height space lets you play with the finish and make the fan a feature of the room, so consider how it stands out among the other parts of the room. 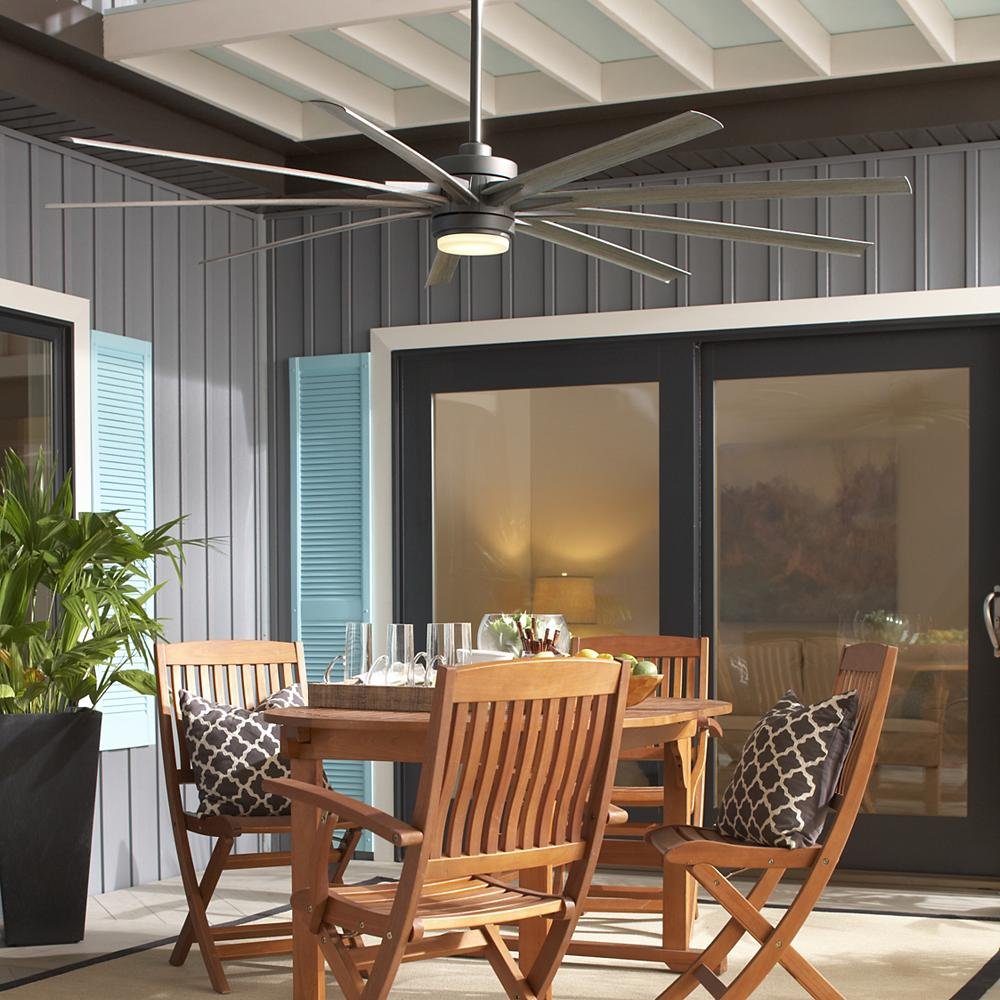 When your ceilings are 10-plus feet or double height, an extra-large fan will ensure air is moved far enough down to actually enjoy it. And because the fan is high enough, it won’t infringe on the space below, even if the square footage of the room isn’t terribly large.

Considerations for An Extra-Large Fan

There are, of course, exceptions. A large, open room doesn’t mean the ceilings are tall, so no matter how large the room in square footage, a massive fan will feel crushing on an 8- to 9-foot ceiling. If your square footage is large but ceiling height small, stick with a standard-size ceiling fan to make the most of your ceiling height. 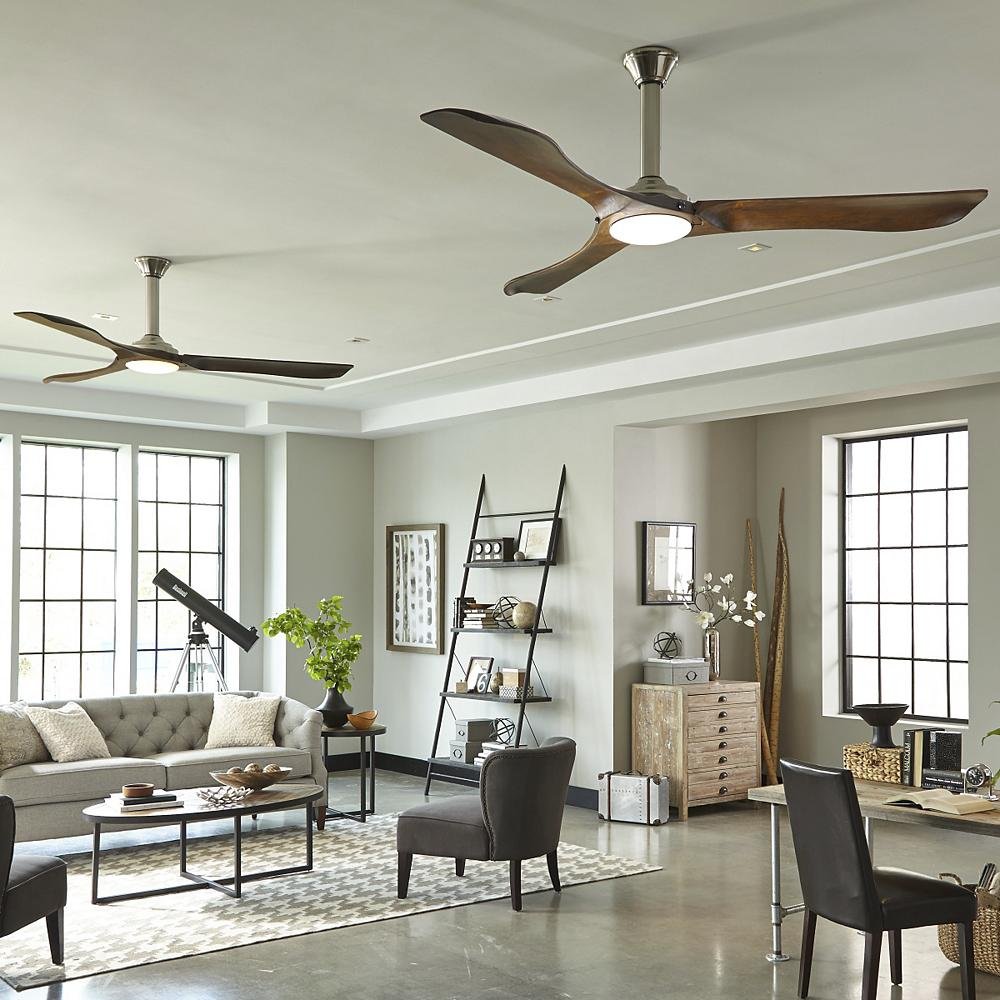 Large-scale fans also move air a little differently than a more standard sized fan. While they have impressive CFM ratings (cubic feet per minute, a standard measurement of airflow), the air will move at a slower speed. You won’t feel the same wind chill you would from a standard fan in a smaller room.

The design of the large scale multi-blade fans was originally made for warehouses, where a breeze is not a priority but circulating air is. This is because the length of the blades are so long, the tips of the blades move so much slower than the section closer to the motor.

Shop our full assortment of large-scale fans at YLighting.

Cody Torgersrud is part of the sales team for YDesign Group, which works directly with customers who call and email in. When not remodeling his 1950s bungalow, Cody enjoys refinishing vintage and antique furniture, as well as binging on British TV.